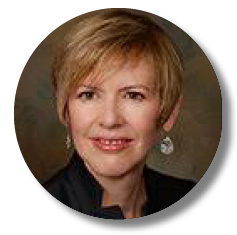 Professor of Medicine at the University of California, San Francisco (UCSF), and Director of the Viral Hepatitis Center and Viral Hepatitis Research in Liver Transplantation in the Department of Gastroenterology/Hepatology at UCSF. Dr Terrault is an investigator on several NIHfunded clinical studies in hepatitis B and C, and is an investigator on several ongoing clinical trials of antiviral therapies for patients with chronic hepatitis B and C. She is a member of the American Society of Transplantation, Canadian Association for the Study of Liver Diseases, and European Association for the Study of Liver Disease. Dr Terrault is the previous recipient of the Jan Albrecht Commitment to Clinical Research Award from the American Association for the Study of Liver Diseases

Dr. Norah Terrault is Professor of Medicine and the Director of the Viral Hepatitis Centre at the University of California San Francisco. She is recognised internationally for her work related to viral hepatitis, especially in the setting of liver transplantation.

In California alone, more than 27 million people are living with hepatitis C, and that number is growing with the rise in infections due to the opioid crisis.

A large proportion of this group is unaware of their infection, leading to long-term health complications including cirrhosis and liver cancer.

Recognising the detrimental impact of hepatitis C on both her patients and the healthcare system, leading hepatologist Dr Terrault rolled-out a communitywide educational project. Her goal was to educate local healthcare workers in an effort to increase diagnosis, support linkage to care and raise awareness. All of her efforts are leading to her goal of microelimination of hepatitis C in Northern California.

The UCSF Project Echo started in November 2016 and after its 18 months, had on-boarded 51 ‘spokes’ across 21 counties in the state. The focus has been on Northern and Central California, where the prevalence of new hepatitis C cases is highest. In addition to biweekly virtual clinics that provide didactic and casebased learning, the UCSF Project Echo offers quarterly in-person immersion for new hepatitis C providers – called HCV 101 – at UCSF.

The combined educational opportunities in-person and virtually was felt to more rapidly allow primary providers to become actively engaged in treatment. Dr Terrault hasn’t stopped there. Recognising that the elimination of viral hepatitis won’t be achieved without scaling up diagnosis, she has launched the second phase of the project. This includes instigating a partnership with The University of California, Davis, to utilise their extensive tele-medicine network to increase awareness and knowledge among healthcare workers. The project is going to use this network and turn it into tele-mentoring system, rapidly scaling up their capability to combat this disease.

In addition, she has employed Jennifer Slepin as an outreach liaison officer who goes into communities to identify areas of support needed to tackle the disease. A registered nurse and someone who has lived with hepatitis C, she founded a non-profit organisation, HepCareStream, that raises awareness, tests and provides treatment whilst educating healthcare workers in those areas. Over the next three years, HepCareStream aims to travel to 13 counties to recruit primary care providers into an educational programme for hepatitis C. They will also provide community education and testing free of charge, throughout the entire region.

Building capacity and increasing education amongst healthcare workers is a key principle of the NOhep Medical Visionary Programme. Both Norah and Jennifer demonstrate the importance of advocacy in achieving real-world impact in the elimination of hepatitis.

Resources and information for medical professionals

About the Medical Visionaries Programme