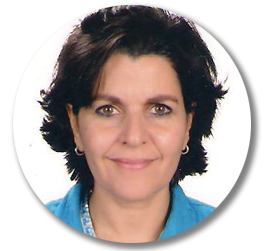 Manal El-Sayed, MD, is Professor of Pediatrics at Ain Shams University, Cairo, Egypt. She is an active member of the Egyptian National Committee for Control of Viral Hepatitis, and since 2006 has been charged with a programme for prevention and management of viral hepatitis. She contributed to development of the national strategy for control of viral hepatitis and programmatic treatment of more than hundreds of thousands of patients with hepatitis C. Since 2011 Professor El-Sayed has been appointed as Vice Chair of the WHO’s Technical Advisory Group for Prevention and Control of Viral Hepatitis in Egypt 2012 through 2018 and by the Minister of Health as the supervisor (oversight) of the Egyptian national programme for control of viral hepatitis at Ministry of Health.

Raising awareness within the healthcare community and the general public

Viral hepatitis is one of Egypt’s most significant public health challenges, with an estimated 8-10 million persons, or 10% of the population, living with the disease and millions more at risk for infection.

A NOhep Visionary, Prof. Manal El-Sayed has been working in the field of viral hepatitis since 1990. As a professor of paediatrics she has worked in paediatric hematology and oncology teams developing a programme for the management of liver disease in children and adolescents with hematological disorders.

She is a founding member of the Egyptian National Committee for Control of Viral Hepatitis (NCCVH), charged with planning and implementing the nationwide programme for prevention and management of viral hepatitis. As part of the NCCVH she was assigned to develop a system of liver centres all over Egypt with trained physicians and nurses. These centres were then connected to each other through a database of networking system for patients. Over seven years they treated over 350,000 patients with PEGylated interferon and ribavirin until 2014 when Direct Acting Antivirals became available. She was part of the team negotiating prices of new DAAs resulting in massive scale up of treatment.

Prof. El-Sayed has been a strong advocate for change in her country and internationally. She has used her voice to fight for viral hepatitis to be recognised as a public health threat that affects the lives of millions of people, alongside the burden of the disease on the public health system through increasing the number of liver transplants due to cirrhosis of the liver or liver cancer.

Through her role as a medical professional, she has undertaken a series of educational activities to increase diagnosis and link people to new cures for hepatitis C and treatment and vaccination for hepatitis B.

One of the most successful campaigns initiated by Prof. El-Sayed included going directly into universities and delivering lectures to students. Through this programme, El-Sayed and her team managed to vaccinate 30,000 medical students against hepatitis B.

A most recent similar campaign reached thousands of university students and employees and screened them for hepatitis C and linked positive cases to care.

Alongside her efforts to raise awareness amongst key populations, she used mass media to raise wider awareness. Recognising that every family in the country has been affected by this disease in some way, she used media as a key strategy to increase education. Dr El-Sayed strongly believes in empowering the public and giving them the tools needed to demand access to life saving diagnosis and treatments as a key tool in the elimination of viral hepatitis. Communication and education played a crucial role in ensuring community empowerment. Engagement and involvement of multiple stakeholders including the media, civil society and public early in the programme increased demand for access to affordable treatment and prevention strategies. Critical messages on their right to protect themselves and their families as well as to demand behavioral changes and early access to care increased political and government advocacy.

Discussions of public needs resulted in removal of stigma associated with hepatitis C infection. Public participation and engagements increased awareness significantly over the past few years and currently the majority have learned about hepatitis, modes of transmission, access points for testing and treatment.

The impact of screening programmes within healthcare systems combined with the use of the media to educate the wider public means that to date they have treated an estimated 1.5 million people.

Resources and information for medical professionals

About the Medical Visionaries Programme