Kiiza Alexander is the Executive Director of Save Your Liver Uganda. Since 2015, he has participated in hepatitis B advocacy and encouraged people to take the hepatitis B vaccine. As a Sustainable Development Goals (SDGs) Youth Fellow under the Prime Minister’s office, Kiiza advocates for SDG3 where he focuses on implementing a viral hepatitis strategy in Uganda. Kiiza is also a NOhep visionary for Africa and often takes his voice online to campaign for viral hepatitis. 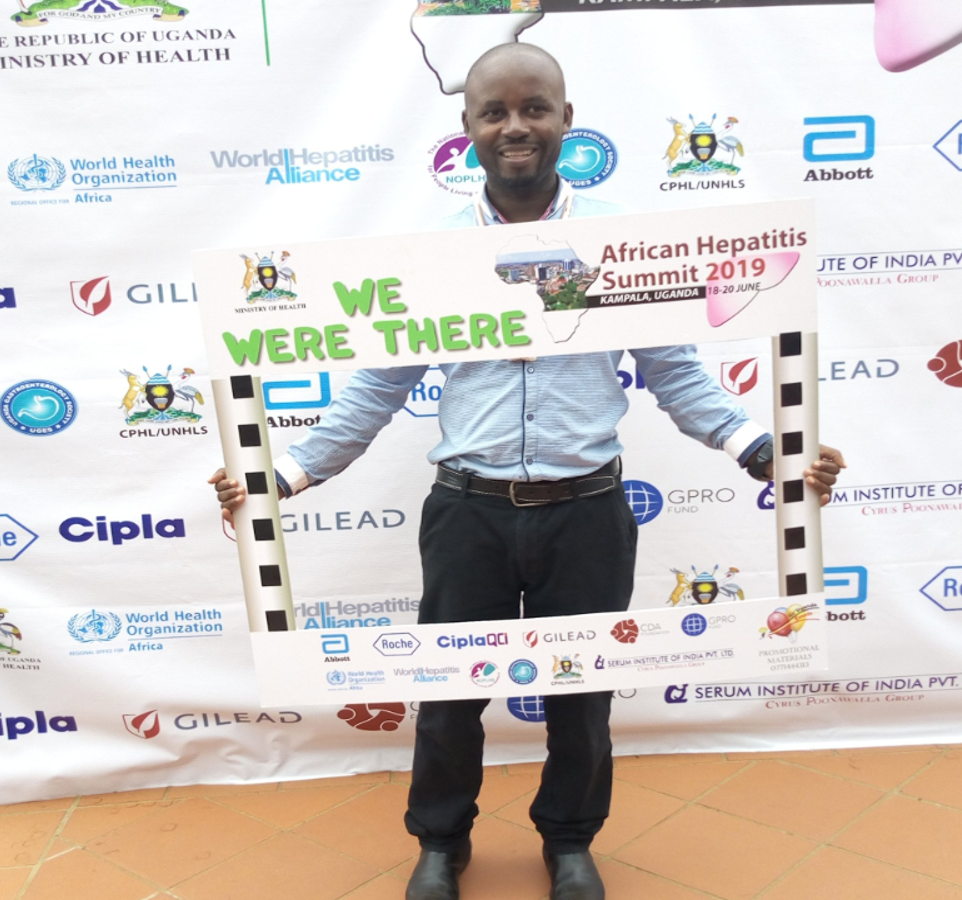 It is estimated that 4 per cent of the population of Uganda is living with viral hepatitis. However, this statistic excludes many districts in Uganda, meaning the actual number of people living with the virus could be higher. In Uganda, many people believe false information on hepatitis. For example, some believe that the disease was ‘injected’ into them by health workers who are taking part in immunization campaigns.

As a public health activist and a NOhep civil society visionary, I take part in a range of activities. I hold television and radio talk shows around the country to raise awareness, write blogs, and often invite journalists to my outreach activities to get hepatitis into the news. I also attend many advocacy activities and residential conferences both in and outside of Uganda.

I also raise awareness on all my social media channels, and communicate with the youth. However, I realised that most rural Ugandans are not on social media, and those living with viral hepatitis often do not read about the disease as most of the information available has been written in English. To spread awareness to these groups, I take my message to public gatherings such as community festivals, church functions and community ceremonies. I speak to people in their mother-tongue language with the help of a local translator.

I am proud that many people, including a former lecturer of mine, have told me that I encouraged them to take the hepatitis B vaccination. This warms my heart, and I feel good about the progress I am making.

To me, NOhep means: a movement that campaigns for a society that is free of hepatitis, whilst informing us on how to prevent and treat the disease. If there are people who are interested in becoming NOhep activists and Visionaries, I would encourage them to get involved in promoting the NOhep message and learn about their country’s health policies. From the internet, you can learn about hepatitis and the burden of the disease. It is important to know that you don’t have to be a health professional to advocate against a preventable disease – anyone can campaign for a NOhep world.